There's a common misconception that we automatically add a Hypefury or "posted with Hypefury" branding to your tweets. When you individually open a tweet, you can see this on the tweet's visible metadata: 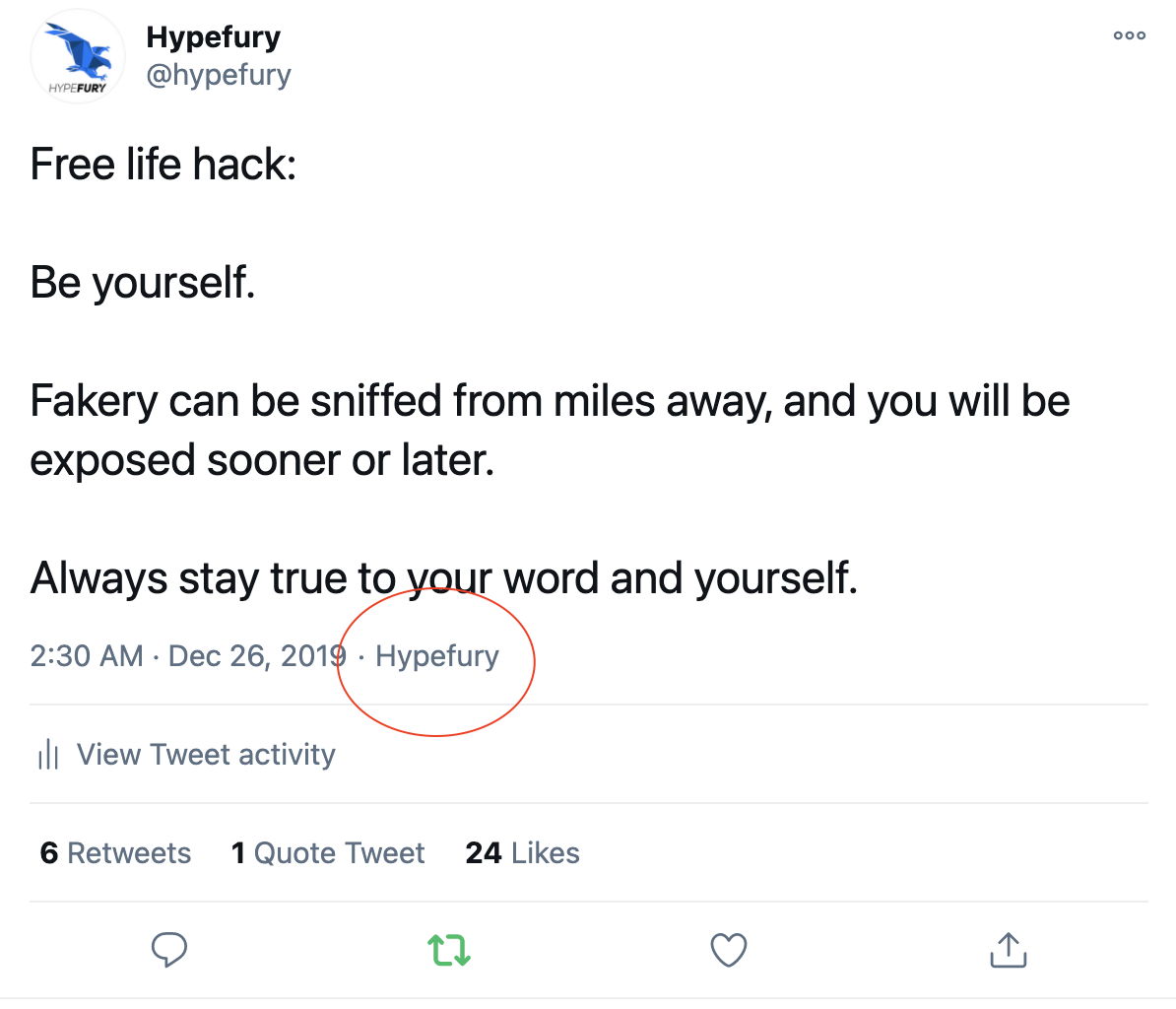 This is known as the tweet source, and quoting directly from Twitter's own help article about it:Tweet source labels help you better understand how a Tweet was posted. This additional information provides context about the Tweet and its author. If you don’t recognize the source, you may want to learn more to determine how much you trust the content.So a source label is just a part of a tweet's metadata and transparency over what functionality was used to post that tweet. 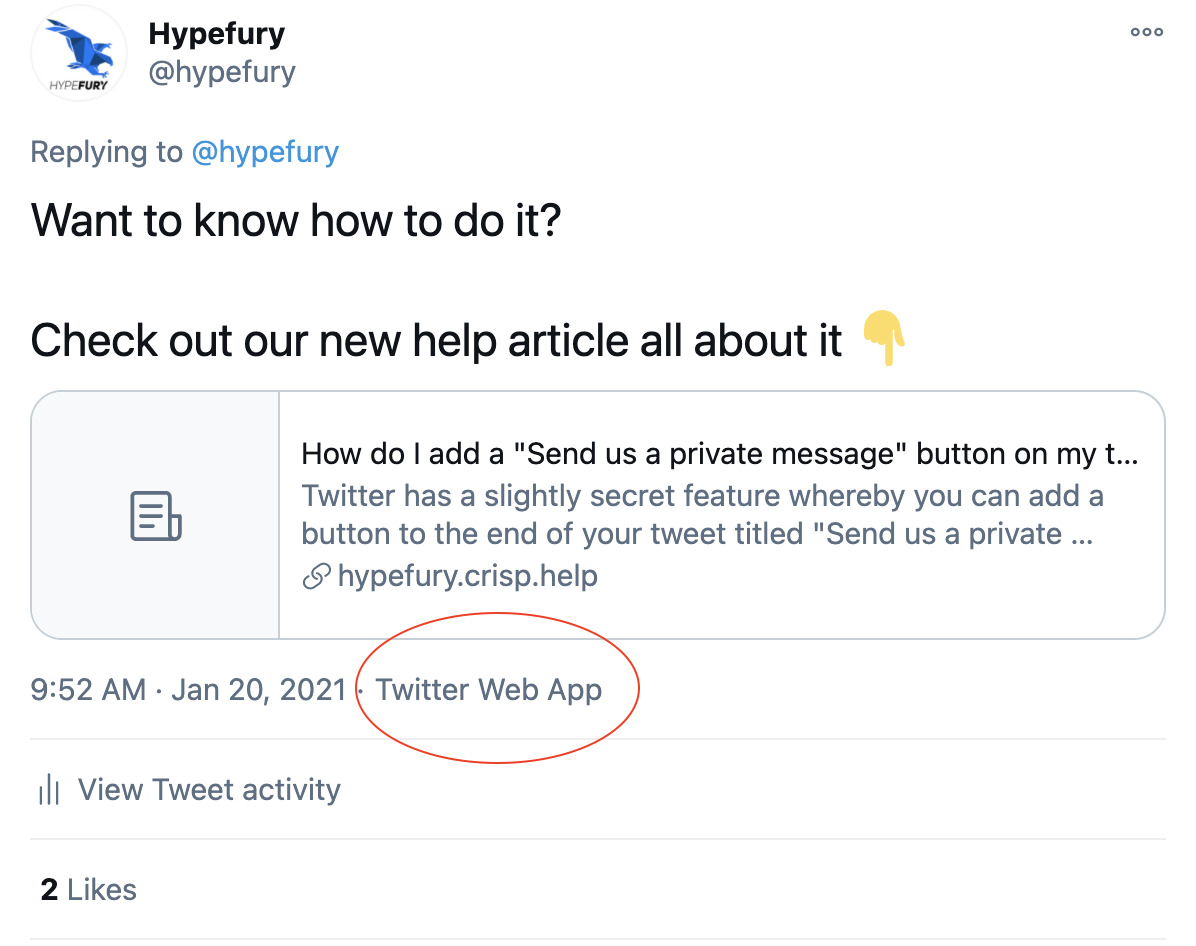 The tweet's source will always be there and show based on what you used to post the tweet with. Whether that's with Hypefury or not. Here's some examples of source labels you might see:"Twitter for iPhone""Twitter for Android""Twitter for Web""Hypefury""Tweetdeck""Buffer"So to sum up, it isn't that Hypefury purposely adds this "branding" to your tweet, but it's an active requirement of the Twitter platform.Whatever you used to post the tweet with, will show up on the tweet. Whether posted manually or scheduled/automated.

Was this article helpful?